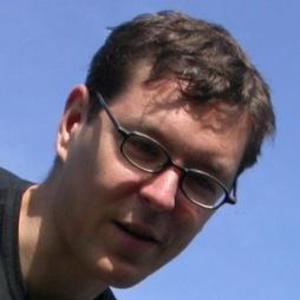 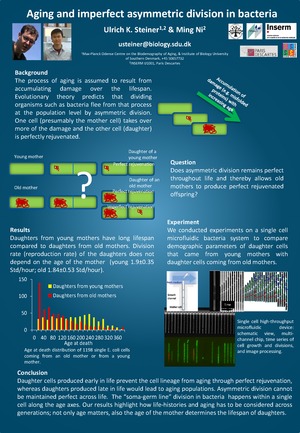 The process of aging is assumed to result from accumulating damage over the lifespan, and such damage finally leads to death. Evolutionary theory predicts that dividing organisms such as bacteria flee from that process at the population level by asymmetric division, that is one cell (presumably the mother cell) takes over more of the damage and the other cell (daughter) is perfectly rejuvenated. To test these arguments and to see whether asymmetric division remains perfect throughout life we conducted experiments on a single cell microfluidic bacteria system to compare demographic parameters of daughter cells that came from young mothers with daughter cells coming from old mothers. Results show that daughters from young mothers have long lifespan and divide more often compared to daughters coming from old mothers. There seem to be no differences in cell growth. Our results suggest that asymmetric division is only perfect early in life of cells but not late in life. Our findings can explain the maintenance of the cell line by perfect rejuvenation of daughter cells produced early in life, and at the same time see substantial aging processes. The results therefore combine previously contrasting theories of aging and show how life-histories have to be considered across generations. 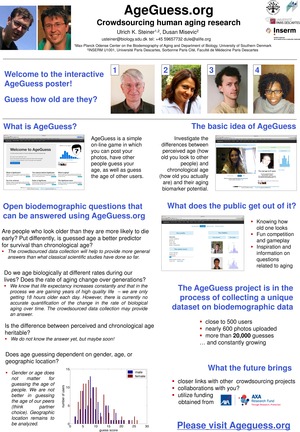 Human lifespan increases by 2.5 years every decade. This unprecedented change in life histories poses fundamental challenges for evolutionary theories. Some evidence indicates that this change is due to a delay in aging rather than a change in the rate of aging. AgeGuess is a citizen science project and online game that investigates the differences between perceived age (how old you look to other people) and chronological age (how old you actually are) and their potential power as an aging biomarker. Is the increased life expectancy reflected in how old one looks, i.e. are the new 60’s the old 50’s? Are people who look older than they are more likely to die early? Does the rate of looking older differ among individuals or some individuals just looking older all their lives, i.e. does the difference between estimated and real age change over time? Is the difference between perceived and real age heritable? Are there periods in life when one ages faster? The project aims at such questions by a simple on-line game in which you can post your photos, have other people guess your age, as well as guess the age of other users. Curious? Please visit AgeGuess.org