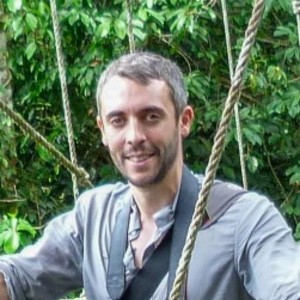 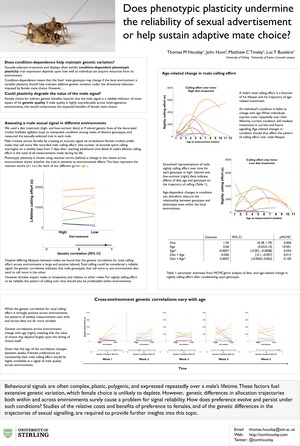 Exaggerated sexual traits can provide information to females about male performance, even if the precise alleles that confer high performance change along with environmental conditions. This plasticity in signalling may help to preserve genetic variation that would otherwise be eroded by strong mate choice, but it can also compromise signal reliability if environmental conditions change during development. We manipulated resource acquisition by altering the diet quality of inbred lines of decorated crickets (Gryllodes sigillatus) at both juvenile and adult stages. This allowed us to study both the effect of diet quality and a change in environment during development on trait expression. We measured a number of sexually and naturally selected traits in both sexes, revealing striking differences across diets in the expression of morphological and behavioural traits. We then assessed the reliability with which various traits signalled resource acquisition by assessing their genetic variance, as well as the covariance between traits and across environments. Our results show that traits such as body weight and calling effort, the male sexual advertisement trait, are more sensitive to environmental effects than morphological traits that are fixed at eclosion. We also show that there is positive genetic covariance between environments for calling effort, and high genetic correlations between the expression of calling effort in different environments. Substantial heritability exists for sexual advertisement such that it is a reliable indicator of the ability to acquire resources, for both stable and changing environmental conditions. The lack of evidence for genotype-by-environment interactions is inconsistent with a strong role for environmental diet quality in maintaining genetic variation required to sustain good-genes mate choice.