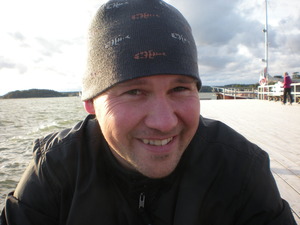 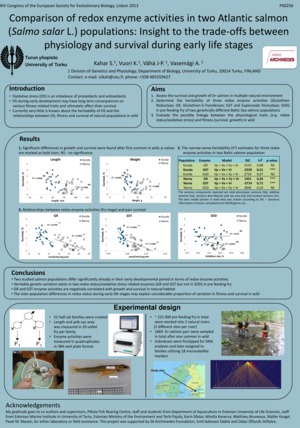 Stressful conditions experienced by individuals during their early development might have long-term consequences on various fitness-related traits and ultimately their survival. Moreover, oxidative stress (OS) has been identified as a significant physiological constraint affecting trade-offs between reproduction, growth and survival. Several studies have also suggested the level of OS to be heritable, yet very little is known about the relationships between OS, fitness and survival of natural populations in wild habitats. Here, we measured the activity of three OS related enzymes: glutathione reductase (GR), glutathione-S-transferase (GST) and superoxide dismutase (SOD) during early life stages in two Atlantic salmon populations (in total 52 half-sib families) and evaluated the importance of OS related enzyme activities to survival and growth of juvenile fish in multiple natural environments. We identified significant differences in measured enzyme activities, growth rates and survival both within and between populations. In addition, we found that significant heritability exists for GR in Narva (h2=0,26; 95%CI 0,09-0,55) and GST activities in Kunda (h2=0,28; 95%CI 0,13-0,61) and in Narva (h2=0,75; 95%CI 0,51-0,91) but not for SOD. We conclude that the inter-population differences in OS during early life stages may explain significant proportion of variation in fitness and survival in wild.