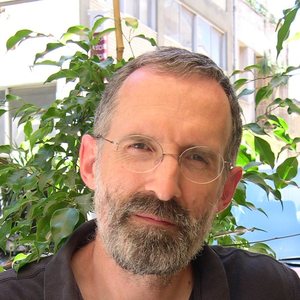 Reinforcement (and other modes of speciation)

Reinforcement is often considered special among modes of speciation because natural selection favours the build-up of barriers to gene flow: reproductive isolation is not just an incidental consequence of divergence, it is a device to prevent maladaptive hybridization. The idea is controversial partly because the term ‘reinforcement’ is used in various different ways. More importantly, reinforcement is hard to demonstrate and so it remains uncertain how much it contributes to speciation. Like other processes, it is only ever part of the speciation story. I will discuss the role of reinforcement is association with various other elements of speciation, using evidence from some of my favourite organisms.

Ludovic DUvaux, Carole Smadja, Julia Ferrari, Within and between species, multigene families (MF) are known to be highly diverse in terms of both Copy Number Variation (CNV) and allelic diversity. Accordingly, within and between population diversities of MF have a strong potential to result from, or to fuel, local adaptation – and possibly speciation. However, these diversities have seldom been contrasted and their relative evolutionary dynamics remain poorly understood. The host-plant races of the pea aphid provide an excellent system to understand these dynamics in the context of speciation with gene flow. Notably, Chemosensory MF (CMF) – e.g. Olfactory Receptors (OR), Gustatory Receptors (GR), Odorant Binding Proteins (OBP) – are critically important for specific host plant recognition, i.e. putatively a main cause of reproductive isolation. We sequenced 120 individuals from 8 races using a target enrichment protocol and Solexa sequencing – guaranteeing a median coverage of 150X. In doing so, we assessed CNV and nucleotidic diversity at about 3000 exons (from CMF, other MF and control genes) and 650 promoters of CMF genes. Preliminary results show CNV is widespread, as it occurs in 65% of all exons (even surprisingly up to 57% for control exons). As with SNPs in single copy genes, most CNV in non CMF genes is shared among races. In contrast, for targets linked to chemosensory genes – notably GR exons and promoters – CNV tends to structure by race. Also, the rate of duplication appears higher for CMF: OR, OBP and promoters show significantly more CNV than other MF. Together, these results suggest that many CMF genes may evolve under positive selection and contribute to adaptation to host plants. In order to better understand the genetic basis of adaptation, work is ongoing to link patterns of CNV (i) to the history of gene flow between races; and (ii) to observed differences in gene expression within and between races across native and non-native host plants.

Outbreeding depression and heterosis are predicted by demography, environmental and cytogenetic contexts in natural populations

When individuals from separate populations mate, the resulting hybrid offspring can experience fitness benefits (heterosis) or costs (outbreeding depression) relative to their parents. Understanding the distribution and extent of these genetic benefits and costs is essential for guiding conservation plans that seek to mix wildlife populations. We use meta-analysis to test the hypothesis that phenotypic responses to intraspecific outbreeding can be predicted by combining information on population demography, environmental and cytogenetic contexts. Our dataset comprised 510 effect sizes describing intrinsic outbreeding responses, from 98 studies on animals and plants (79 species). Our results indicate that information on population context can be used to predict both observed outbreeding depression and heterosis. Studies for which we predicted a risk of outbreeding depression showed a cost to fitness (viability, survival, reproduction) in the F2 generation, relative to mid-parent performance. In cases predicted to exhibit heterosis we observed a corresponding fitness benefit relative to the mid-parent. We discuss whether and how these results, and our approach to predicting outbreeding responses, might be useful in conservation practice.

At the onset of ecological speciation with gene flow, an ancestral species splits into ecotypes with incomplete reproductive isolation. In multiple systems, ecotypes coexist in many geographical locations, raising the question whether the genetic basis of divergence is identical across the whole range. While some loci may be under divergent selection on large geographical scales (reflecting a spread of favourable alleles), others might be involved in divergence only locally (potentially causing “parallel evolution”). Geographically close locations with a shared colonization history may be expected to share more divergently selected loci than distant ones. Our project aims at estimating the relative contribution of globally and locally selected alleles to divergence between ecotypes of the marine snail Littorina saxatilis. Using snails from Spain, Sweden and the United Kingdom, we performed an RNA-sequencing experiment and analysed the resulting allele frequency data. Because Swedish and British locations probably have a shared postglacial colonization history, we expected them to share loci under divergent selection. We found a large number of single nucleotide polymorphisms (SNPs) which showed differentiation between ecotypes only locally, indicating parallel evolution. In Spain there were more SNPs with significant differentiation between ecotypes than in Sweden and the UK, potentially reflecting stronger divergence between ecotypes. While transcriptome-wide differentiation between Swedish and UK samples was lower than their differentiation from Spain, we did not find a higher number of shared loci under selection. However, we identified >1000 SNPs showing increased differentiation between ecotypes across all three countries, suggesting a shared origin of divergence. Our results contribute to the understanding of the genome as a mosaic of loci with partly independent evolutionary histories and demonstrate how genomic patterns of selection vary across space.