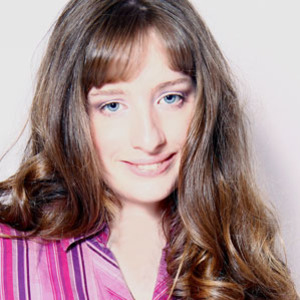 The azoles, inhibiting sterol 14-α demethylase encoded by CYP51, are widely used both as clinical antifungal drugs and as agricultural fungicides. In contrast to some fungicide classes, no single mutation has arisen that confers broad, qualitative resistance to all azoles, but quantitative sensitivity shifts have arisen through a range of mechanisms. In some cases, sensitivity shifts may be due to enhanced efflux of the drug, or altered sterol metabolism, but other mechanisms involve the fungicide target site: CYP51 mutations confer reduced sensitivity in the clinical pathogen Candida albicans and the wheat pathogen Mycosphaerella graminicola, and CYP51 over-expression confers reduced sensitivity in the fruit pathogen Venturia inaequalis. Genome sequencing has revealed that some filamentous ascomycetes possess multiple CYP51 paralogues, with CYP51B present in all sequenced species, CYP51A in around half, and CYP51C only in Fusarium species. Presence of CYP51A reduces intrinsic azole sensitivity, with CYP51A mutations and over-expression resulting in further reductions in sensitivity in clinical isolates of Aspergillus fumigatus. However, in the barley pathogen Rhynchosporium commune, CYP51A is only present in some isolates, and acquired reductions in azole sensitivity in the last fifteen years are linked to the re-emergence of CYP51A in the R. commune population. Historical and functional studies provide evidence for the role of CYP51A in reduced azole sensitivity in R. commune.

The evolution of resistance to drugs and pesticides is a prime example of evolution in action. In many cases, such as the evolution of resistance to QoI and MBC fungicides in fungal pathogens of plants, the adaptive landscape is very simple, with a single mutation effectively conferring full resistance. However, in the case of the azole fungicides, multiple mutations in the target-site-encoding gene CYP51 occur in various combinations, with quantitative and epistatic effects on fungicide sensitivity and enzyme function. Epistatic interactions between mutations may result in rugged fitness landscapes, and incomplete cross-resistance between azoles causes the fitness landscape to shift as different fungicides are used. Mycosphaerella graminicola (Mycosphaerellaceae, Ascomycota) is a major foliar pathogen of wheat, causing yield losses of up to 50%. Azoles have been used extensively to control M. graminicola, but many CYP51 mutations have been reported, with up to eight coding changes in one haplotype, reducing the effectiveness of some compounds. Tools available to investigate M. graminicola CYP51 mutations include functional studies through heterologous expression and homologous gene replacement, experimental evolution through UV mutagenesis and in vitro selection, and historical studies with 160 years of archived samples from Rothamsted's Broadbalk long-term winter wheat field experiment. We consider the value of modelling the evolution of M. graminicola CYP51 as an adaptive landscape, both in formulating anti-resistance strategies for azole use in agriculture, and in addressing fundamental evolutionary questions such as historical contingency and the crossing of adaptive valleys.