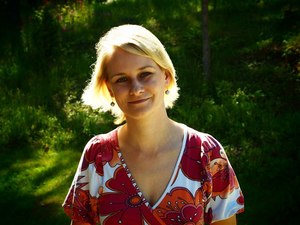 Among terrestrial mammals, elephants share the features with great apes and humans, of having long lifespan and offspring with long dependency. In humans, these traits combine with female menopause and an extended post-reproductive lifespan. Some have suggested that elephants, too, have a comparable post-reproductive lifespan to women, with survival into 60s in the wild and max. known age >80yrs. However, little data exists on the frequency of post-reproductive lifespan or its fitness benefits in long-lived species except humans. Long lifespan after last birth has been proposed to evolve because of the long offspring dependency and detrimental effects of early mother loss on their fitness. Here we use extensive (n>8000) individual-based multigenerational demographic records on semi-captive Asian elephants in Myanmar to investigate first, the patterns of post-reproductive survival in females and second, the short- and long-term importance of maternal care to offspring survival. We found that first, the age-specific fecundity clearly decreases after age 50, but the pattern does not correspond to the total loss of fecundity in old age found in human females. The elephant post-reproductive phase covers only one tenth of the whole lifespan, in contrast to almost half of that in women. Secondly, maternal death during the first years reduces calf survival considerably, but such effects wane rapidly with age, so that beyond age 5, mother’s death no longer increases calf risk of death. Calves surviving mother’s immediate death do not show long-term effects in later ages. Thus, Asian elephants show decreased fertility in advanced ages, but it differs distinctly from human age-specific fertility and the subsequent post-reproductive survival pattern. Our results imply that the long lifespan in elephants is not sufficiently explained only by long needed maternal care for calves and more generally, that longevity by itself does not necessarily lead to evolution of menopause.

Cooperation and conflict in humans in traditional large joint families

Group living can be associated with cooperation and even cooperative breeding whereby non-reproductive individuals help to raise offspring that are not their own. However, it can also lead to evolutionary conflict, which is a less studied phenomenon. Humans are considered to be cooperative breeders, since mothers commonly gain help in raising offspring from other (usually related) group members, such as grandmothers and siblings. Nevertheless, simultaneous breeding in the same household among reproductive-aged females, such as mothers-in-law and daughters-in-law, has also been linked with reduced success. The importance of cooperation and conflict is likely to vary according to ecology and social structure of populations, leading to differential selection pressures on dispersal patterns. We used life-history data on humans collected from church book records from 19th century Eastern Finland where joint-families were traditionally common. In joint families several adult offspring, usually sons, stayed in their natal farm with their families. This creates a situation where reproductive-aged women are not related to other women in the family, leading to possible conflict over resources and lowered fitness, but cooperation between women is also possible. We analyse mother’s fecundity and survival of her offspring in relation to the presence and reproductive history of other reproductive-aged women in the family by event history analysis, whist controlling for potential confounders such as presence of other family members and temporal variation in mortality and fertility rates. Preliminary analysis suggest that living in larger joint families was beneficial for women’s fitness, both in terms of fecundity and offspring survival, compared to smaller nuclear families. These results suggest that in this population cooperation between family members was more important than conflict, potentially favouring reduced dispersal among adult siblings