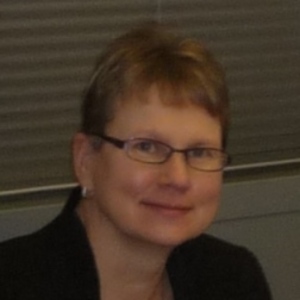 Daily and seasonal changes in the locomotor activity of Drosophila montana flies is accompanied by changes in the expression of two circadian genes, period and timeless

Adaptation to daily and seasonal changes in environmental conditions is of crucial importance for the species living in northern latitudes. This includes the ability of the organisms to predict the forthcoming winter by sensing gradual changes in environmental cues early enough to be prepared e.g. by synchronizing their metabolic, developmental and behavioral processes along with the changing seasons. This forecasting system relies heavily on the function of two major molecular clock mechanisms, the circadian clock and the photoperiodic timer. The genetic and neuronal background of the circadian clock is well-known, but the possible role of circadian clock in the photoperiodic timer is under intense debate, partly due to the fact that most of the studies have been performed in D. melanogaster that is not adapted to live seasonally highly varying environments and possesses only mild seasonal photoperiodic responses. Our study species, D. montana, offers a unique opportunity to study these questions as this northern species shows clear circadian rhythms as well as robust photoperiodic responses.

We have studied the possible involvement of the circadian clock in seasonal adaptation by tracing the daily and seasonal rhythms in the locomotor activity of D. montana females and the function of two circadian clock genes, period and timeless, in conditions mimicking light and temperature conditions during ‘summer’ and ‘autumn’, when the females’ developmental pathway (direct maturation vs. reproductive diapause) is determined. D. montana flies shifted their evening activity, as well as the expression peaks of per and tim, towards an earlier time of the day along with a decrease in day length, suggesting that these genes are involved in seasonal adaptation. In addition, a decrease in D. montana’s locomotor activity, as well as the lower activity of diapausing females vs. the non-diapausing ones in late summer and autumn are clearly adaptive features on northern latitudes.

Do closely related species use the same genes to adapt to fluctuating environmental conditions?

For insects, seasonal fluctuating temperature conditions require the ability to acclimate to lower than optimal temperatures in order to remain active. Cold tolerance in insects has been shown to have a genetic basis in numerous groups; however it is not clear if the underlying genetic basis producing this phenotype is the same across species. We used the SOLiD platform to sequence the transcriptomes of two Drosophila species that diverged approximately 9 Myr ago, D. montana and D. virilis, from both cold acclimated and non-cold acclimated individuals. We established the genes which were differentially expressed between the treatments, allowing us to a) identify the genes and pathways involved in cold acclimation in each of the species and b) test whether they are conserved between the two species. Approximately 150 genes were differentially expressed between cold acclimated and non-cold acclimated treatments in D. virilis and D. montana. The biological processes associated with these genes were broadly similar in both species and included circadian clock regulation and metabolism. Despite being involved in broadly similar biological processes, few specific genes were found to be differentially expressed in both species. This suggests that the underlying genetic basis of cold acclimation in both species uses different genes, but similar pathways, to produce a similar phenotype.