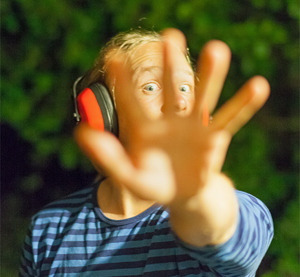 Recent studies on invertebrate immunity show that insects possess mechanisms to protect themselves from a secondary infection of a pathogen they have previously encountered. This suggests that invertebrates are able to differentiate between pathogens and mount more specific defence responses than previously thought. However, mechanisms for this specificity remain largely unknown. Here, we report a strain-specific immune priming response in the lepidopteran Parasemia plantaginis with enthomopathogenic Serratia marcescens bacteria. A major proportion of the moth larvae survived a septic injury with S. marcescens strain to which they had been previously orally exposed. Priming with another strain of S. marcescens and a similarly gram-negative, but harmless, Escherichia coli both failed to provide the protection later in life. We also show that production of caseinolytic proteases is likely a very important virulence factor in orally induced infection in this system. The findings have implications on the evolution of immune system in relatively short-lived insects, as well as on the selective processes entomopathogens may encounter in the arms race with their hosts.