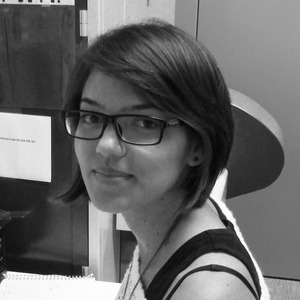 The understanding of the evolution of complex phenotypes, as for example, biological shape, depends on the identification of the genetic variants responsible for between-individual variation, being this the variation over which natural selection would act. For that reason, we used a natural-occurring hybrid system with the aim of identify genetic variants involved in craniofacial bone morphology. Hybrid mice from the Bavarian contact zone between Mus musculus musculus and M.m.domesticus were used in this study. Skull and mandible shape were measured with 3D landmarks and analyzed using Geometric morphometrics. The shape coordinates were reduced to principal component (PC) scores, which were used as phenotypes for the genome wide association mapping. With the aim of detect genes affecting specific regions of the bones, which are not detected by the complex shape changes represented by principal components, 3D pairwise distances between landmarks were also included in the mapping. 14 genetic regions, containing 24 genes were associated with PC axis and 11 regions with 32 genes were associated with pairwise distances. Several of the genes identified are known to be involved in bone morphogenesis suggesting that the association mapping recovers credible candidate regions. One region was identified as having general (association with PC1-16.5%) as well as specific effects in skull shape. We are now associating allelic differences in the candidate regions with shape differences across the hybrid zone to identify QTN candidates. Our results not only identified new genes possibly involved in skull morphogenesis, but also indicate that they are responsible for some of the morphological differences between two closely related species, and therefore are relevant for understanding the evolution of morphological divergence. Besides, we show that performing association studies with wild populations from a hybrid zone is a very promising tool for studying complex phenotypes.