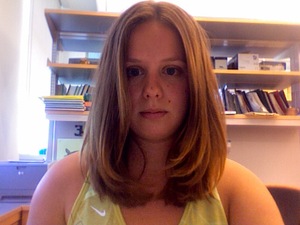 Females bite back: sexual conflict and the evolution of venom proteins in the reproductive tract of female anole lizards

Reproductive proteins evolve rapidly in many species, yet the ecological significance of these proteins remains largely unknown. In this study, we investigate reproductive proteins in Anolis lizards, a system in which the ecological basis for a fertilization bias has been established. When female A. sagrei mate with multiple males, they preferentially use the sperm from larger sires to produce sons. Field experiments reveal that this bias may be adaptive, based on patterns of offspring survival. Using Next Generation Sequencing, we investigate genes that are expressed in the reproductive tract of female anoles. Comparisons with Drosophila, the system in which female reproductive gene expression has been best studied, reveal broad similarities in the genetic response to mating across these distantly related taxa. Additionally, we investigated the molecular evolution of a group of serine proteases that are differentially expressed after mating in the reproductive tract of female anoles. Of these serine proteases, some appear closely related to snake venom proteins. Due to the deep origin of venom toxin in squamates and the hypothesized origin of Drosophila reproductive serine proteases from digestive proteases, our results suggest that Anolis reproductive serine proteases and venom serine proteases could share a common phylogenetic origin. This would imply that digestive enzymes have been involved in the evolution of cryptic aspects of female choice in multiple mating systems.