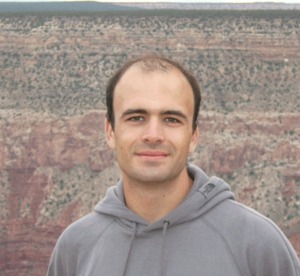 Evolution of inbreeding and outbreeding depression revealed in 100 generations of laboratory adaptation in C. elegans 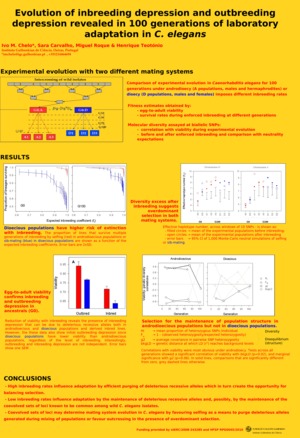 To understand the genetics underlying the evolution of inbreeding depression we performed experimental evolution in Caenorhabditis elegans for 100 generations under two different mating systems, where different inbreeding rates were imposed. Ancestral and evolved populations were tested upon enforced inbreeding for survival and also for the expected neutral diversity at 337 single-nucleotide polymorphism (SNPs) after inbreeding. Dioecious lineages inbred by sib mating underwent extinction at higher rates than androdioecious lineages inbred by selfing. In parallel, measurements of egg-to-adult viability over time showed that this fitness trait showed similar initial inbreeding depression at both mating systems, but different starting outbreeding depression. There was also evidence of selection for the maintenance of population structure during androdioecious evolution In contrast, and despite the complex dynamics, dioecious populations generally showed selection for population homogeneity. Our findings suggest that high inbreeding rates influence adaptation by efficient purging of deleterious recessive alleles which in turn create the opportunity for balancing selection. On the other hand, low inbreeding rates influence adaptation by the maintenance of deleterious recessive alleles and, possibly, by the maintenance of the locally-adapted sets of loci known to be common among wild C. elegans isolates.

Evading genetic drift: an experimental test of the probability of fixation of new genetic variants 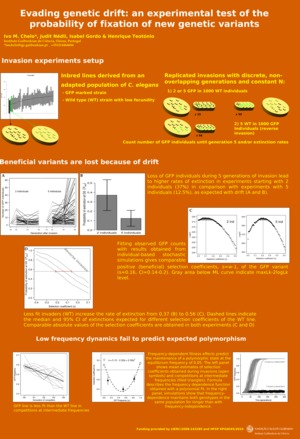 Progression through an adaptive fitness landscape requires the appearance and fixation of beneficial mutations. But fixation of a beneficial variant is not a necessary outcome, as deduced by J.B.S. Haldane in 1927, instead its probability can be given by twice the fitness effect: Pfix= 2s. This is based in the reasoning that even beneficial variants are lost with high probability by genetic drift. In this work, we performed invasion experiments with inbred lines of Caenorhabditis elegans in well-defined demographic conditions to experimentally demonstrate the determinant role of drift in the initial dynamics of new beneficial alleles. We provide the evidence that extinction rates (Pext) decrease with the initial numbers of beneficial variants, as expected. We also show that the extinction of a deleterious variant, when at low frequency, is higher than that of a beneficial variant thus establishing that classical population genetics theory can accurately predict the fate of low frequency variants. Remarkably though we also find that, when at high frequency the fate of these variants is distinct from their low frequency dynamics, which results not in their ultimate fixation or loss, but on their maintenance. Our data confirm one of the key results of population genetics theory and highlights the complex nature of adaptation, where polymorphism can be maintained or lost depending on population structure.

Evolutionary transitions from outcrossing to selfing are thought to occur because selfing reproductively assures the persistence of populations when mates or pollinators are unreliable. Direct evidence for reproductive assurance is however equivocal, in particular because outcrossing can easily overcome the adaptive benefits of selfing. To test for the impact of reproductive assurance by selfing, we performed invasion experiments of hermaphrodites into predominantly male-female populations of the nematode Caenorhabditis elegans. The invasion and fixation of selfing resulted in adaptation when populations evolved in a new environment that hindered mating. In contrast, when selfing failed to invade, adaptation to the novel environment was compromised because mating was possible. Using Monte Carlo simulations we further explored the factors that might have influenced the invasion dynamics of selfing. We confirm that reproductive assurance was responsible for the experimental transition from outcrossing to selfing.