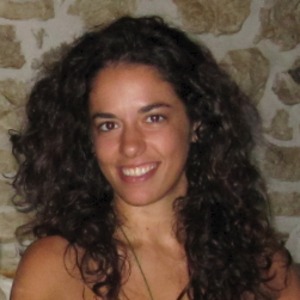 Evolution of male reproductive ageing under differential risk of death: the role of condition-dependent mortality 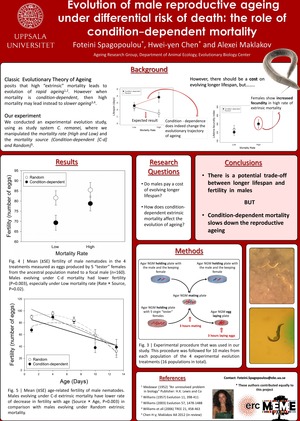 Ageing is observed in most organisms and is an important aspect of their life histories. However, how ageing evolves is not fully understood. The classic evolutionary theory of ageing posits that high extrinsic mortality leads to evolution of rapid ageing and therefore shorter intrinsic lifespan. On the other hand, according to a novel theory, when mortality is condition-dependent and surviving cohort is not a random sample of the starting population, which is likely to be the case in nature, the classic prediction does not hold and increased mortality can result in postponed onset of ageing. To increase our understanding of how different types of extrinsic mortality may influence the evolutionary trajectories of ageing, we have previously conducted an experimental evolution study, using the nematode Caenorhabditis remanei as a model system. This study allowed us to disentangle the effects of mortality rate (High and Low) and mortality source (Condition-dependent and Random) on the evolution of intrinsic lifespan. We observed reduced longevity under high random mortality, in accordance with the classic prediction. However, when mortality was condition-dependent, high mortality resulted in the evolution of increased lifespan supporting the novel theory and highlighting the importance of mortality source. Surprisingly though we found that there was no trade-off between longer lifespan and reproduction in females. In the present study we examined the possible existence of such trade-off in males. We found that males evolving under condition-dependent mortality had lower reproductive performance, suggesting a trade-off between stress resistance and reproduction. However, these males enjoyed a lower rate of reproductive ageing than males evolving under random mortality. Our study suggests that condition-environment interactions play a key role in evolution of male reproductive ageing.