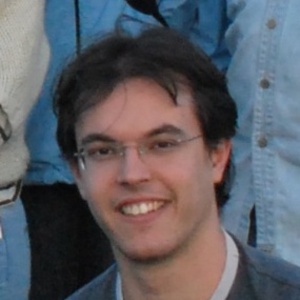 Classical linkage mapping (LM) can be labor intensive, logistically challenging, expensive and limited in power, because both phenotypes and genotypes must be measured in each of the individual progeny. Extreme QTL (X-QTL, or linkage group selection) methods promise to increase the power and simplify logistics of LM, because many 1000s of progeny can be analysed, and progeny pools rather than individuals are genotyped. In X-QTL analysis large pools of selected and unselected F2 progeny are quantitatively genotyped to identify selected genome regions. We applied this method to examine the basis of oxamniquine (OXA) resistance, a Mendelian trait showing recessive inheritance, in the parasitic fluke Schistosoma mansoni. These parasites have a complex lifecycle utilizing snail intermediate hosts and human definitive hosts (or rodents in laboratory maintenance). We staged a genetic cross between drug sensitive and resistant parasites, then between two F1 progeny, to generate multiple F2 progeny. One group of F2 progeny infecting hamsters were treated with OXA, while a second group was left untreated. We prepared DNA from pooled males and pooled females from treated and untreated F2 populations and then used exome capture to reduce the size of the genome (from 363Mb to 15Mb) for analysis. Exomes from the four groups of pooled progeny (treated and untreated males, treated and untreated females) and the two parents were sequenced to high read depth (>95x) and allele frequencies of 14,489 variants compared between treated and untreated parasites. In both treated male and female pools, we observed dramatic enrichment of alleles (Z=11.07, p=8.74.10^-29) from the resistant parent in a small region of chr. 6. This region contains SmSULT a gene recently implicated in OXA resistance using classical LM. These results validate use of X-QTL methods for an important human pathogen, and will greatly simplify genetic analysis of traits such as virulence and host specificity.

Small parasites and larval stages pose a problem for population genomic analyses because limited amounts of DNA template are available, while the large size of many parasite genomes makes sequencing complete genomes prohibitively expensive. For example, schistosome adults live in human blood vessels and only microscopic larval stages (miracidia) are available for molecular analysis. Furthermore, sequencing of the complete 363Mb genome is impractical for population samples. We evaluate the accuracy of exome sequencing of single miracidia following whole genome amplification and exome capture using a custom Agilent SureSelect array designed to capture 92% of the 15.3Mb exome. Because the miracidial exomes sequenced were obtained from a cross between a male and female worm of known sequence, we were able to predict the SNP alleles present in the progeny and quantify the genotyping error rate. We were also able to evaluate bias in capture of alleles recovered from genome regions showing high levels of polymorphism compared with the reference genome from which the capture array was designed. In initial work we robustly scored 18,993 SNPs, while judicious multiplexing of samples prior to genome capture reduced costs while maintaining accuracy. We conclude that scoring of genome wide exomic SNPs and indels from exome sequence is feasible, economical and extremely accurate and has many advantages over other methods for generating reduced representation libraries such as RAD-seq. This approach will allow research on schistosomes (and other parasite species) to progress from population genetics using small numbers of markers, to population genomics utilizing genome-wide marker information.