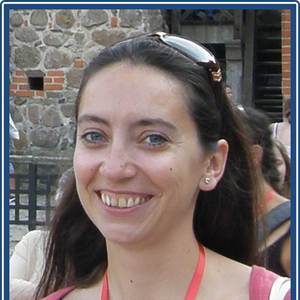 Avian malaria parasites and paternity in the blue tit

Monogamous bird species commonly adopt extra-pair mating as an alternative reproductive strategy. Since such behavior is potentially associated with very high costs in terms of desertion by the social male, it should be balanced by benefits, which may be either of direct or indirect origin. In the latter case, females may benefit from engaging in mating outside the pair bond if extra-pair males pass to the offspring genes of superior quality. One of the main determinants of individual quality is resistance to parasites. Therefore, if the social mate of the female is parasitized, she might be willing to seek resistance genes for her offspring through matings with other males. However, despite the strong theoretical prerequisites, robust empirical data verifying this prediction is lacking. Here, we test this hypothesis using infection status with malaria parasites as an index of genetic resistance. Blood parasites causing avian malaria (genus Plasmodium and Haemoproteus) are widespread among passerine birds and they may negatively affect fitness of the host by either reducing survival or reproductive success. We verified whether the occurrence of extra-pair offspring in the brood was related to infection status with avian malaria parasites of the social father in the wild blue tit (Cyanistes caeruleus) population characterized by relatively high frequency of extra-pair matings (40% of nests contain at least 1 extra-pair offspring) and approximately 60% infection rate with malaria parasites among adult males and females. Additionally, we examined whether the occurrence of extra-pair young is affected by infection status of the mother and the interaction between the infection status of both social parents.

Malaria parasites are one of the most common and widespread parasites among bird species. While severe negative effects of these haemosporidians on host fitness have been observed in naïve populations and domestics birds, the effects in wild avian populations have been generally difficult to detect, because the majority of individuals hold chronic infections. To investigate the consequences of infection with malaria parasites for the parameters of reproductive success in the small hole-nesting passerine – the great tit (Parus major), we medicated the group of females at the early stage of the nesting cycle. The study was conducted in the population with a very high prevalence rate with over 80% of females being infected with at least one parasite lineage (genera Haemoproteus and Plasmodium) at the beginning of the breeding season. During two years females were caught at the nest building stage and injected intraperitoneally either with an antimalarial drug - primaquine, or with a physiological salt. Reproductive performance of birds from the two groups was characterized with clutch initiation date, clutch size, egg size, nestling body mass 2 days post-hatching and fledgling body mass and tarsus length. Clutches laid by primaquine- and physiological salt-injected females did not differ in initiation dates, egg number and size nor there was a difference in body size of nestlings. This data suggest the lack of observable fitness effects of malaria parasites in the study population of great tits.