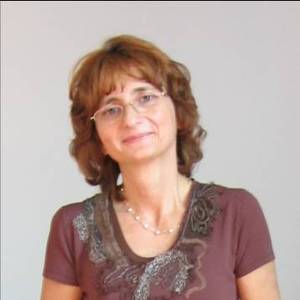 Comparative morphological study of fossil and recent snakes is of key interest for taxonomic identification, paleobiological reconstructions and character evolution analyses. Snake fossil record is sparse, due to the low occurrence of fossilisation of delicate bone structures, especially in smaller species. The characters used in study of extant snake vertebrae are most often degraded in fossils – protruding structures or exposed surfaces get broken off or eroded. The focus of this study was to explore the usability of structures less prone to damage, located near the centrum and at the base of the neural arch. This approach would allow the inclusion of a larger number of specimens, which could not be studied by the classical approach. We analyzed fossil snake vertebrae from a rich mid-Miocene assemblage at Vračević locality, in the vicinity of Belgrade, Serbia. We selected a sample of undistorted trunk vertebrae in good condition, referred to genera Natrix, Vipera and Elaphe. The fossil sample was compared to extant snake vertebrae, belonging to appropriate taxa. Three axial and four pairs of lateral landmarks (11 landmarks in total) have been identified on all the specimens and used for 2D geometric morphometric analysis. Bilateral acquisition addressed the problem of taphonomic deformation. Symmetric component of shape variation was used for the comparison of fossil vertebrae with extant samples. Fossil specimens had lower mean centroid size (CS), and higher variation in CS compared to recent ones. The range of fossil CS values was larger than the recent (the smallest and largest vertebrae were fossils). Principal component analysis (PCA) showed that the highest variation in shape was associated with centrum/neural arch height ratio. For further research, more comprehensive sampling is needed to rigorously evaluate the applicability of this approach.

Boys and girls and plant-eaters: Is herbivory sex-biased in Mercurialis perennis?

Sex-biased herbivory has been implicated as one of the driving forces in the evolution of dioecy. Different partitioning of resource sources and sinks in male and female plants allows different defense strategies. Along with constitutive and induced defences, plants can tolerate herbivore damage to a certain extent, and can ameliorate the pressure through changes in phenology and life history. Gender-dimorphic species of genus Mercurialis are informative model systems in addressing questions in plant evolutionary ecology, including interactions with herbivores. For Mercurialis annua, the most commonly studied species of the genus, herbivore prefference for male plants has been demonstrated in experimental conditions. The aim of our study was to explore the pattern of herbivore damage in natural populations of Mercurialis perennis, a dioecious perennial herb with wide geographic and altitudinal distribution. Plants were sampled from a range of habitats in Serbia. Damage to leaf area was scored and used as an estimate of herbivore load. Herbivore damage was examined in relation to plant gender, altitude, plant height and reproductive allocation. Our results do not confirm the pattern of male-biased herbivory in natural conditions. The variance of herbivore damage between the sexes among the habitats was large, with highly significant effect of site, and non significant effects of sex and sex-site interaction. In a montane population, herbivore damage was male-biased, but without statistical significance. Studied populations showed male-biased sexual size dimorphism. The study of Mercurialis perennis offers a promising approach to better understanding the effect of plant gender on general vigor, tolerance and resistance to herbivores.