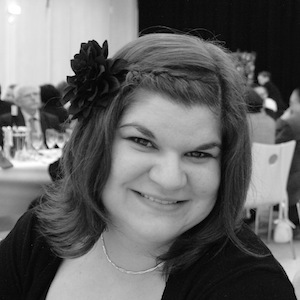 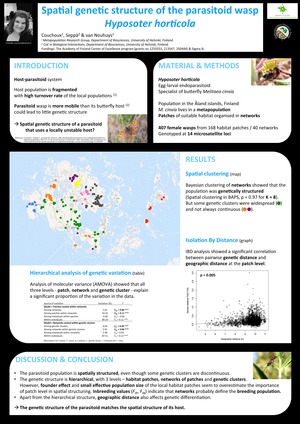 In presence of a limiting resource, individuals can suffer from intraspecific exploitation competition. In the context of a parasitoid foraging for hosts, the effect of competition on fitness can be seen as a variation in reproductive success. The parasitoid wasp Hyposoter horticola is a specialist of the butterfly Melitaea cinxia. The wasp parasitizes the host larva just before it hatches from the eggshell. The host is therefore available for parasitism for a limited amount of time only (a couple of days). To cope with this time constraint, female wasps start to forage for host eggs before the eggs are ready to be parasitized. Hyposoter horticola is a good forager; females monitor several host clusters and visit them regularly until they are susceptible to parasitism. This behaviour increases the amount of time available for parasitism but, since the location of a host cluster is known by several wasps and each cluster can only be parasitized by a single wasp, it creates competition among the foraging females. In the Åland archipelago, Finland, the host butterfly lives as a metapopulation inhabiting a subset of 4 000 patches of suitable habitat. In order to conduct genetic analyses of the parasitoid population, we developed 14 microsatellite markers and genotyped 800 individuals collected from each of the host local populations during 2009. Performing clustering and relatedness analyses, we assessed the genetic structure of the population as well as the extent of the landscape area covered by females during foraging for hosts. We also analysed the effect of environment (host population locality, size and patch connectivity) and competition (local host and parasitoid density) on the proportion of females that reproduce and their reproductive success.

Why parasitize only a third of the available hosts?

There is strong competition among female Hyposoter horticola parasitoids foraging for egg clusters of their host butterfly, Melitaea cinxia, in Åland, Finland. Yet only a single wasp gains access to a given host egg cluster, and that wasp only parasitizes about a third of the hosts in the cluster. This behavior appears to be suboptimal for the individual wasp that has many mature eggs in her ovaries, and limited access to future hosts. There are several possible explanations for evolution or maintenance of sub maximal resource use in this system: a) Avoidance of resource over-exploitation through group selection; b) Resource management, which may occur if host individuals in highly parasitized egg clusters perform poorly; c) Risk spreading, such that parasitoids may benefit from distributing their progeny among host egg clusters; (d) Competition with diminishing returns, in which an individual can parasitize more eggs in total by moving from one cluster to another; (e) Density-dependent hyperparasitism, in which the parasitoid optimizes its rate of parasitism to minimize vulnerability to a density dependent hyperparasitoid. I will discuss the plausibility of each of these models using empirical data and mathematical modeling, illustrating that some explanations, such as group selection are less plausible than others, such as optimization in response to density dependent hyperparasitism.