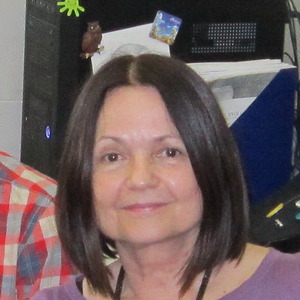 Natural populations of the dwarf bearded iris, Iris pumila, display a striking flower-colour polymorphism. It was noted that the combination of fluctuating temperatures and the varied attractiveness of diverse colour morphs promotes a stable coexistence of multiple colour variants in a population. We have quantified the amounts of Hsp90 and the antioxidants, anthocyanins and total phenolics, in I. pumila flowers. These molecules impact abiotic stress tolerance, ultimately influencing the fitness of individual plants. A total of 100 clones that were raised in a common garden and assessed to different colour classes (dark violet, violet, light violet, dark blue, light blue, yellow/white) were examined. The amounts of two Hsp90 forms, inducible (Hsp90a) and constitutively expressed (Hsp90b) proteins were lowest in yellow and white flowers as compared to other colour classes. In blue flowers, the concentration of Hsp90a was observed to decrease gradually when proceeding from light blue to dark blue variants, whereas an inverse trend was observed in violet-coloured flowers. The concentration of anthocyanins was notably low in white/yellow flowers and in the blue and violet colour classes it progressively increased from light to dark floral morphs. The amounts of total phenolics were highest in the white and yellow colour morphs; they were relatively high in all of the blue variants, and gradually increase from light to dark colour morphs in the violet class. These results suggest that each I. pumila colour genotype is responsible for the production of unique amounts of Hsp90 and phenolics that protect cellular homeostasis under fluctuating temperature conditions within populations.

For plants, sunlight is not only the major source of energy for photosynthesis, but also a powerful evolutionary force that shapes the evolutionary trajectories of many traits. The aim of this study was to examine seasonal- and habitat-dependent variations in the specific activities of different antioxidants in the leaves of Iris pumila clones expressed under contrasting light conditions in the wild. Two populations were selected in the Deliblato Sands: one experiencing full sunlight and one from a woodland understory. Leaf samples were collected in spring, summer and autumn from the same clones in each population. The specific activities of the antioxidative enzymes, SOD, APX, CAT, GR and POD, and the contents of non-enzymatic antioxidants, anthocyanins and phenolics, were determined. All of the examined antioxidants were observed to be upregulated in summer-harvested leaves when compared to their spring or autumn counterparts. This suggests that reinforcement of the antioxidants might be the key mechanism for acclimatization of I. pumila leaves to seasonal variations in light intensity. In both populations, the antioxidative enzymes SOD, GR and POD expressed a greater mean seasonal plasticity than the other antioxidants. However, the between-population difference was significant only for POD. To elucidate whether variations in antioxidants reflect adaptations to local environments, a reciprocal transplant experiment was conducted in the wild. The higher activities of antioxidative enzymes were accompanied by increased contents of non-enzymatic antioxidants in both populations in the open habitat in comparison to clones in the shaded habitat. This could be a reflection of adaptive plasticity to the synergistic effect of strong light and high temperature. In contrast to seasonal plasticity, habitat-dependent plasticity peaked for APX and CAT in both populations. Apart from the phenolic content, a significant between-population difference was not observed.