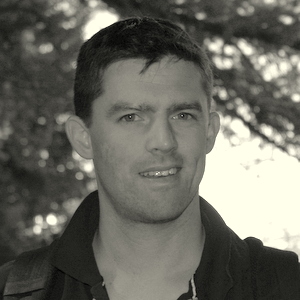 Many bacterial exoproducts yield population-level benefits. Such ‘public goods’ (PG) include key virulence factors, and therapies designed to block their production are attracting increasing attention nowadays. The disruption of cell-to-cell communication (quorum sensing, QS), is considered especially promising because it could block production of multiple exoproducts, yet should prompt weaker selection for resistance than conventional antimicrobials. However, initial enthusiasm for this approach (‘quorum quenching’, QQ) has been tempered by claims that resistance in fact evolves readily, for example by improving pumps to eject QQ compounds from cells. Here, we focus on a different strategy, in which PGs (siderophores) are quenched outside producer cells. We show that adding gallium (Ga) to iron-limited Pseudomonas aeruginosa cultures suppresses growth in a dose-dependent manner by (a) deactivating siderophores and thereby choking the supply of iron, and (b) inducing costly production of further siderophores. In experimental infections of moth larvae (Galleria mellonella), Ga suppressed bacterial growth and extended larval survival. Crucially, moderate levels of Ga reduced virulence below those of infections with siderophore-defective mutant strains, which suggests that Ga also induces siderophore overproduction in vivo, imposing extra metabolic burden on bacteria without generating benefits. We argue that strategies that quenching secreted PGs extracellularly should be more effective than those that inhibit synthesis in the cell, since PG production costs remain or even increase. With Ga-mediated PG-quenching, resistance is particularly unlikely to evolve because (a) extracellular quenching is impervious to typical within-cell resistance traits; (b) avoiding siderophore production is maladaptive (non-producing ‘cheats’ could not spread in our experiments); and (c) evolving siderophores with reduced susceptibility to Ga appears to be biochemically unfeasible.