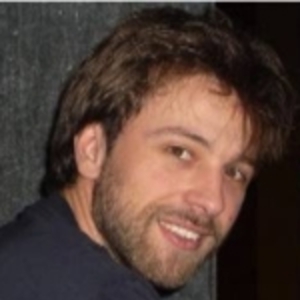 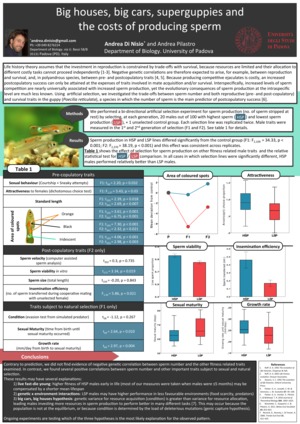 Trade-offs between fitness related traits are expected to generate negative genetic covariances, unless genetic variance for resource acquisition exceeds that for resource allocation. For what concerns post-copulatory sexual selection, producing competitive ejaculates is costly, however, and it can be attained at the expenses of traits involved in mate acquisition and/or survival, because resources are limited. Alternatively, under a good‐sperm scenario, males that are better equipped for winning sperm competition should also show higher survival and, more generally, perform better than poor sperm competitors. In the guppy (Poecilia reticulata) the number of sperm inseminated is the most important determinant of male fertilization success, therefore to evaluate the evolutionary consequences of male investment in sperm production we performed a bidirectional artificial selection experiment for sperm production in guppies. Contrary to expectation, males selected for high sperm production not only transferred more sperm per copulation, but also grew faster, attained a larger body size, were more colourful, sexually more active and more attractive to females. Sperm velocity and morphology was not affected, but sperm viability increased with sperm number. All the other measured male and female fitness-related traits were unaffected by sperm production. These results suggest that, at least in lab conditions, some guppy genotypes perform better in most life-history traits, acquiring more resources than others.