Our work highlights the potential influence of intra-specific variations among the sexes in immunocompetence on host-parasite coevolution. In particular, the Red Queen hypothesis proposes that coevolving parasites select for outcrossing in the host. Outcrossing relies on males, which often show lower immune investment as a consequence of sexual selection. Here, we show that such sex-specific variation in immunity significantly interferes with parasite-mediated selection. Two independent coevolution experiments with Caenorhabditis elegans and its microparasite Bacillus thuringiensis produced a decreased yet stable frequency of outcrossing male hosts. Subsequent tests verified that male C. elegans suffered from a direct selective disadvantage. In the presence of its microparasite, males showed lower survival, decreased sexual activity, and altered escape behavior. Each of these responses can reduce outcrossing frequencies. At the same time, males also offered an indirect selective benefit, because male-mediated outcrossing increased offspring resistance. As such intra-specific variations in immunity are widespread among animals, the resulting interference of opposing selective constraints may impose a fundamental limit to host adaptation during antagonistic coevolution.

It was recently demonstrated, using the avian malaria system (Plasmodium relictum SGS1 lineage), that infected birds are more attractive than non-infected birds to host-seeking Culex pipiens mosquitoes (Cornet et al. 2013 Ecology Letters). These results suggest that malaria parasites might manipulate bird traits that are used by mosquitoes to locate their host. This previous experiment eliminated visual or behavioural cues as potential signals, leaving olfactory cues as the most likely mechanism responsible for this enhanced attractiveness. To elucidate the proximal mechanisms of this fascinating manipulation, we characterised bird odorant profiles before and after a Plasmodium infection. The volatile organic compounds (VOC) emitted by hosts were captured on a solid phase (odour trap) using an innovative experimental setup. Gas chromatography was used for identification (mass spectrometry) and quantification (flame ionization detector) of VOCs. Cx. pipiens mosquito feeding preference (between infected and non infected birds) was simultaneously recorded following the protocol described in Cornet et al.. Here we correlate bird odour profiles and mosquito choice measurements, in order to identify VOC candidates susceptible to manipulation by Plasmodium parasites to render their hosts more attractive to mosquitoes. 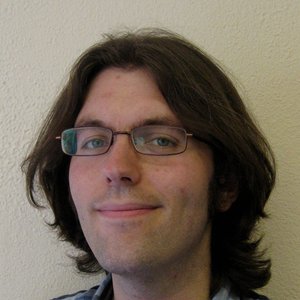 Determining the effect of Hepatitis C genotype on virus outcome

Infection by hepatitis C virus (HCV) leads to one of two outcomes, which varies amongst patients. Either the infection resolves itself within a matter of weeks, or it can persist over several years. It is difficult to ascertain to what extent this outcome is determined by the virus genotype itself using transmission networks, as these tend to be poorly known. Recently, phylogenetic methods have been created to estimate the proportion of set-point viral load that is inherited from one HIV-infected patient to the next. Studies found that up to half the variance in this trait is determined by the virus genotype. Here, we aim to investigate whether we can detect a similar signal in HCV infections. We first simulate inheritance of a binary trait outcome along a given phylogenetic tree to predict how traits gather in groups, and explain how these simulations are used to ascertain the virus effect on the infection outcome. Finally, we apply our method to HCV cohort data from Australia to try and detect an effect of virus genotype on whether hosts will clear the virus rapidly or develop a chronic infection. We also investigate whether key host SNPs, which are known to affect HCV infection outcome, affect this measure of inheritance.

In nature, hosts are exposed to a multitude of diseases and a wide range of food qualities and quantities. Hereby, hosts and diseases are in a constant co-evolutionary struggle, which might be influenced by the hosts‘ food intake. This could lead to non-linear responses in host-pathogen interactions. These host food intake dependent host-pathogen interactions on individual level could be translated to the dynamics in populations. Nevertheless, food and disease effects are usually studied independently. So far, prediction models from host individual to population level exist, which either predict food or disease effects, but not effects of both factors at the same time. To fill this gap, a new mathematical model was developed. Due to its characteristics, the model can additionally be used to inversely predict individual level host parameters from population parameters. The given predictions were then compared to the results of life history and population experiments. Therefore, we tested the crustacean model organism Daphnia magna, which offers a wide range of pathogens and foods. We concluded, that population parameters can be successfully predicted from single host parameters and vice versa, depending on specific host, disease and food properties. 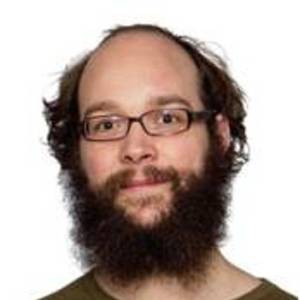 Many devastating pathogens are passively dispersed, and their epidemics are characterized by variation that is typically attributed to environmental factors. Here, by combining laboratory inoculations with wind tunnel and field trials using the wind-dispersed pathogen Podosphaera plantaginis, we demonstrate striking genetic variation affecting the unexplored microscale (<2 m) of epidemics. Recipient and source host genotypes, as well as pathogen strain explain 6-33% of variation of the three key dispersal phases: departure, movement and settlement. Moreover, we find genotypic variation affecting group size of the pathogen dispersal unit, ultimately resulting in increased disease development on hosts nearby the infection source. Together, our results show that the genotypic variation may generate considerable variation in the rate of disease spread through space and time with disease hotspots evolving around initial foci. Furthermore, the extent of genetic variation affecting the entire dispersal process confirms that these traits may be targeted by selection. 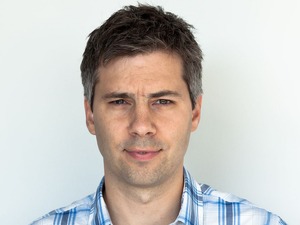 Heterogeneity in contact networks and its effect on disease dynamics

Host contact networks are the roadmaps of infectious disease spread. Much theoretical work has clarified which structural aspects about the networks are important for disease dynamics prediction, but progress has been hampered by a lack of data. Recently, however, novel technologies have allowed to measure host contact networks in great detail. In this talk, I'll give an overview of the field with equal time devoted to theoretical and empirical results.

Many host-parasite systems are known to undergo coevolutionary arms races, where reciprocal increases in attack and defence mechanisms can lead to the emergence of broader resistance and infectivity ranges through time. Recent studies have identified that the extent of population mixing can play a crucial role in host-parasite interactions and can shape the coevolution of many traits, including range expansion. Much of this existing theory is based on the analysis of metapopulations, which incorporate a certain degree of spatial structure, but do not capture local interactions between individuals within subpopulations. These local interactions are known to be critical in many epidemiological scenarios, but their role in the coevolution of resistance and infectivity ranges is unclear. Here, we explore how the impact of fitness costs associated with range expansion is affected by the degree of population mixing at these very fine scales. We present results from an individual based model of microbial communities that incorporates a well-established framework of genetic specificity matching empirical observations of range expansion among bacteria and phage. We show that global competition in well-mixed populations leads to rapid selective sweeps, preventing range expansion at high fitness costs. In spatially-structured environments however, we find that local competition and spatial clustering can maintain coevolutionary arms races even when fitness costs are high. These findings highlight the importance of local interactions between individuals in shaping coevolutionary dynamics.

In recent years, there has been a shift in the one host one parasite paradigm with the realization that, in the field, most hosts are co-infected with multiple parasites. This question is particularly relevant when the host is a vector of diseases, because multiple infections can have drastic consequences for parasite transmission at both the ecological and evolutionary time scales. Wolbachia pipientis is the most common parasitic microorganism in insects and as such it is of special interest for understanding the role of coinfections in the outcome of parasite infections. We have investigated whether Wolbachia can modulate the Plasmodium infection success and its effect on different life history traits of mosquitoes, such as adult’s size, fecundity and on what is, arguably, the most important component of the vectorial capacity of mosquitoes: their longevity. For this purpose, and in contrast to recent studies that have focused on mosquito-Plasmodium and/or mosquito-Wolbachia combinations not found in nature, we work on a Wolbachia-Culex pipiens-Plasmodium triad with a common evolutionary history. To explore different mechanistic explanations for our results, we have also carried out different experiments in which we investigated whether Wolbachia or Plasmodium can modulate the energetic budget and the immune response of mosquitoes. Further, we discuss different evolutionary explanations as well as their consequences for Plasmodium transmission. 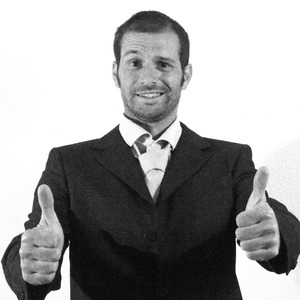 Because host populations are generally sub-divided, the epidemiology of a parasite often depends on its ability to disperse among host sub-populations and successfully invade them. To investigate the factors that determine host-mediated parasite dispersal and its subsequent transmission we carried our microcosm experiments with the bacterial parasite Holospora undulata and its host, the fresh-water ciliate Paramecium caudatum. We found that (i) the dispersal of infected hosts largely depended on both host and parasite genotypes (but not their interaction), suggesting disease spatial dynamics varies with the genetic composition of local sub-populations. Besides, (ii) shortly after the arrival of infected hosts into a healthy population parasite success was determined by the genotype of the carrier hosts and its interactions with that of the parasite and the resident hosts. This further highlights the importance of host genotype for parasite dynamics among host sub-populations. (iii) After a couple of transmission cycles, parasite genotype, in combination with resident host genotype, gained influence, matching classical ideas of parasite transmission. It thus appears that different genetic factors play on parasite dispersal between groups of hosts, its short-term spread and longer-term establishment. This study also demonstrates the role of carrier host genotype for parasite dispersal and transmission among and within host sub-populations. 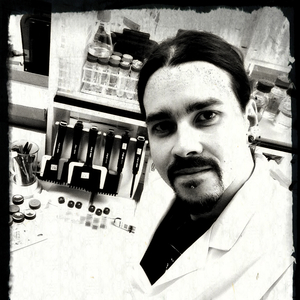 Phage therapy, the use of viruses to specifically kill only the disease-causing bacteria, could offer an alternative way to fight against antibiotic resistant bacteria. Even though phage selection could lead to increased bacterial resistance, phage therapy has the potential to become an evolutionary sustainable medicine: phages can coevolve more infective and thus retain their efficiency to keep bacteria under control. Here we studied experimentally in vitro the long-term coevolutionary dynamics of model phage therapy by using four natural phage species and Pseudomonas aeruginosa bacterial strains isolated from the lungs of ten Cystic Fibrosis patients. We found that bacteria and phages coevolved during the three weeks of cocultivation. However, coevolution was asymmetric by favouring bacterial resistance over phage infectivity, which suggests that phages might not be able to overcome bacterial resistance evolution indefinitely. When ancestral and coevolved phages were applied continuously to ancestral bacterial cultures, coevolved phages were clearly more efficient in reducing bacterial densities with lower corresponding increase in bacterial resistance. These results demonstrate that environmentally derived phages could be used to eradicate clinical bacterial infections, while the effectiveness of phage therapy could be enhanced by coevolving phages more infective in vitro. Despite this potential, our study also shows an important caveat: phages’ ability to reduce bacterial densities varied considerably between different patients having very large to negligible effects. As a result, phage therapy is unlikely to work uniformly across all patients and might need to be adjusted case-specifically according to given host and parasite genotypes. Recognising between-patient variation in bacteria-phage coevolution is thus crucial for developing a broad-spectrum phage therapy, which is effective against multiple pathogen genotypes.